The Carl G. Stockholm Battalion has been in the Humboldt Park Community for over 25 years.  In the 25+ years the unit has been in the Chicago area, we have had great success in seeing many of our cadets transition and see success in our armed forces.  We have also had other cadets attend college after high school graduation and serve in their respective fields.  Stockholm cadets are dedicated to the SeaBee moto of "Can Do" and the inspiration left by its units name sake to overcome obstacles placed before them.  Currently the Carl G. Stockholm Battalion is based in the Armed Forces Reserve Center with the John F. Kennedy Division.

Carl G. Stockholm volunteered at the age of 17 to serve in World War I, where he performed with distinction in Headquarters Company 132nd Infantry.  He was awarded four battle stars and a Purple Heart.  At the onset of World War II, after conferring with his wife and two children, although he was too  old to be drafted, he volunteered for Naval Duty.  He served two years as Senior Shore Patrol Officer for the NInth Naval District at Great Lakes, which covered thirteen states and offices in twenty four cities.  Two of his fellow officers were well known Chicagoans, the late George Halas and Robert Crown.  Later he was tapped by Admiral Chester W. Nimitz to be Senior Officer of the Shore Patrol for the entire South Pacific fleet.

After the war he served as the national president of the United States Navy League, where he founded its magazine, Sea Power.  Stockholm was the first person to receive two of Navy's highest civilian honors, the Distinguished Public Service Award Medal.  In 1995, Stockholm received the French National Medal of Merit in a ceremony in Chicago commemoration World War I Veterans.

In his later years he served in the chair of the Pan American games for the late Richard J. Daley, as well as on President Roosevelt's council on physical fitness.  Stockholm was also a champion cyclist in his early years who suffered spinal cord injuries only to overcome doctor's expectations and not simply walk again but return to become a professional cyclist.

-Excerpts from the late Carl George Stockholm's Commemoration booklet from 1996 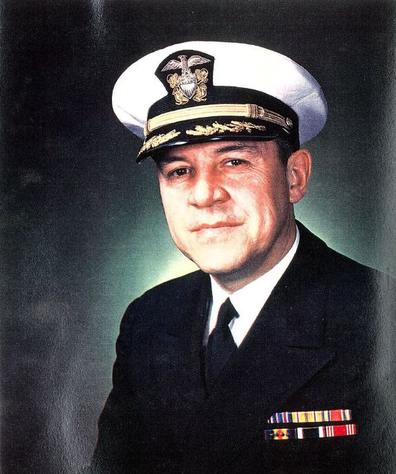